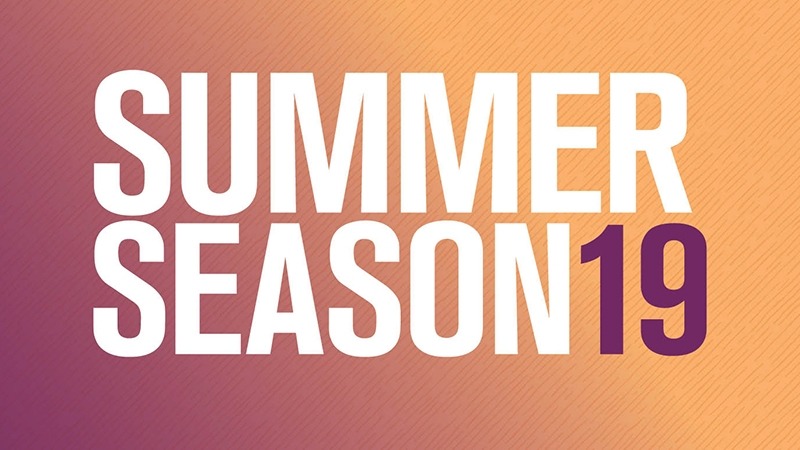 LAMDA's graduating students perform in an exciting array of shows across LAMDA’s three stages this summer. Experience the work of some of the UK's finest up-and-coming actors as they embark on their professional careers!

As Georgie prepares to marry her fiancé Rob, a chance encounter with a face from her past leaves her doubting the path she’s taking. Blood Wedding examines the choices we make, the regrets we’re left with, and the constraints and commitments of life in a rural community.

Phil Porter has written for theatre, television, opera and radio. His theatre work includes Vice Versa and A Mad World My Masters for the RSC, The Miser (nominated for Best New Comedy at the Olivier Awards 2018), The Cracks in My Skin (winner of the Bruntwood Prize), Smashed Eggs (winner of the Arts Council's Children Award) and Pinocchio at the Royal Opera House.

In Arabia We'd All Be Kings

When recently released ex-convict Lenny returns to his old New York neighbourhood he discovers the mayor’s clean-up of the city has created an aura of hopeless desperation among his old friends. With most of his old neighbours driven out by gentrification, those who remain congregate in a bar in Hell’s Kitchen. But as New York’s real estate boom kicks in, the bar is set to be sold. Stephen Adly Guirgis’ social tragedy underscores the human need for stability.

Guirgis is an American playwright, screenwriter, director, and actor. He is a member and a former co-artistic director of New York City's LAByrinth Theater Company. His play Between Riverside and Crazy won the 2015 Pulitzer Prize for Drama. His other plays include Jesus Hopped the 'A' Train (recently revived to great acclaim at the Young Vic) and The Motherf**ker with the Hat.

All money corrupts, and serious money corrupts absolutely. From London to Wall Street, the world of shady financial deals and insider trading is exposed in Churchill’s satire about capitalism running rampant and unchecked. Serious Money was a hit on its London premiere in 1987, transferring from the Royal Court Theatre to the West End. The play won the Olivier Award for Best new Play, the Susan Smith Blackburn Prize and the Evening Standard Award for Best Comedy.

Caryl Churchill’s other plays include Light Shining in Buckinghamshire, Top Girls, The Skriker, Blue Heart, This is a Chair, Far Away, Drunk Enough To Say I Love You?, Love & Information, Here We Go and Escaped Alone. Churchill has also written for radio and television. In 2010 she was inducted into the American Theatre Hall of Fame.

The River & the Mountain

Helen is greeting a world expanding into new hemispheres, while Alice looks for signs of growth in the earth. Robert Alan Evans' beautiful epic drama follows a once inseparable couple as they set out on separate journeys through an increasingly disrupted world: all the while yearning to find their way back to one another.

Evans is a writer, director and devisor who has written extensively for young people and co-created several dance pieces. His theatre includes A Girl in a Car with a Man, Aruba, Fish Story, The Voice Thief, Caged, Pondlife, Mikey and Addie, The Dark and Kappa. His adaptations include Kes, Peter Pan, Pinocchio, Pobby and Dingan and The Sleeping Beauties.

LAMDA's graduating students perform in an exciting array of shows across LAMDA’s three stages this summer. Experience the work of some of the UK's finest up-and-coming actors as they embark on their professional careers!
@LAMDAdrama