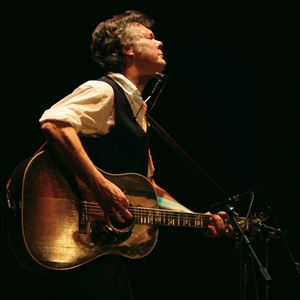 Singer-songwriter Steve Forbert had his first major hit back in 1979 with Romeo’s Tune. Forty-plus years later, he’s still writing acclaimed songs With his brash-yet-sensitive take on songwriting, Forbert’s unaffected delivery leads to regular sell out shows all over the world. Forbert is one of the few artists who can mesmerize a crowd with nothing but a distinctive voice, an acoustic guitar and his trusty harmonica slung around his neck, letting the purity of his music stand on its own. Under 18s must be accompanied by an adult.

Singer-songwriter Steve Forbert returns to the stage with his brash-yet-sensitive take on songwriting!
@bushhallmusic